Cryptocurrencies continued to slide as buyers appear to be taking some profits. Some analysts are now cautious on bitcoin’s short-term price direction given the recent loss of upside momentum.

Bitcoin declined toward a three-week low on Thursday around $56,000 before stabilizing near $58,000. BTC is down about 11% over the past week, compared with a 14% drop in ether over the same period.

“Downward momentum is hardly a good sign; pay attention to the cautious approach of bulls, which are not in a hurry to buy and waiting for more precise [entry] signals,” Alex Kuptsikevich, an analyst at FxPro, wrote in an email to CoinDesk.

Other analysts pointed to regulatory developments as a possible reason for the crypto pullback.

“Central bank officials say changing trends and developments on the regulatory and monetary side could also halt the gains for digital assets,” Freddie Evans, a trader at the U.K.-based digital asset broker GlobalBlock, wrote in an email to CoinDesk.

Bitcoin’s trading volume declined over the past few days across major exchanges. Lower volume is typical when BTC trades in a tight range, between $57,000 and $65,000 over the past week.

“During the bull run this autumn, we haven’t seen the same big spikes in spot volumes as we did during the bullish breakout in the spring,” Arcane Research wrote in a report earlier this week.

Ether, the world’s second-largest cryptocurrency by market capitalization, is testing initial support near $4,000. Similar to BTC, upside momentum has slowed over the past week after buyers failed to sustain an all-time price high around $4,800.

The relative strength index (RSI) on the daily chart is not yet oversold, although further downside in ETH appears to be limited toward $3,600. 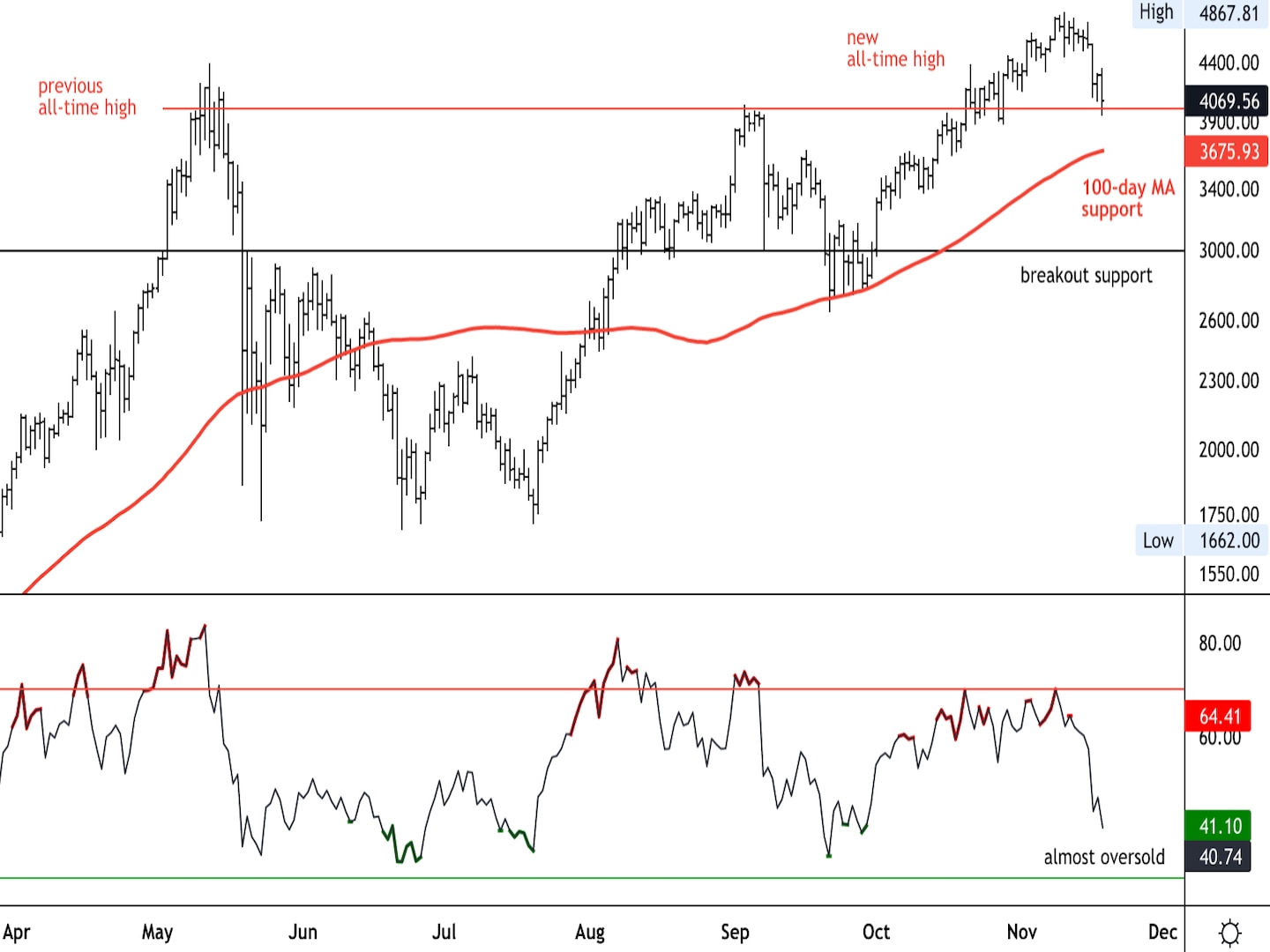 Most digital assets in the CoinDesk 20 ended the day lower.